Misty bit me the other night – we were sat on the couch, she was cuddled up beside me and had just laid her head on my lap. I leaned over and stroked her from her head down to her back. Without warning she whipped her head around and immediately bit me on the hand. It was a Level 2 Bite on the Dr Sophia Yin Bite Scale – tooth contact on skin but no puncture. In essence, this was a very inhibited bite which was not intended to cause me injury, but it was a very clear message “stop touching me”. Although I was a little shocked, I stayed calm and I actually thanked her for not biting me any harder; she was simply letting me know that she was uncomfortable with what I was doing. 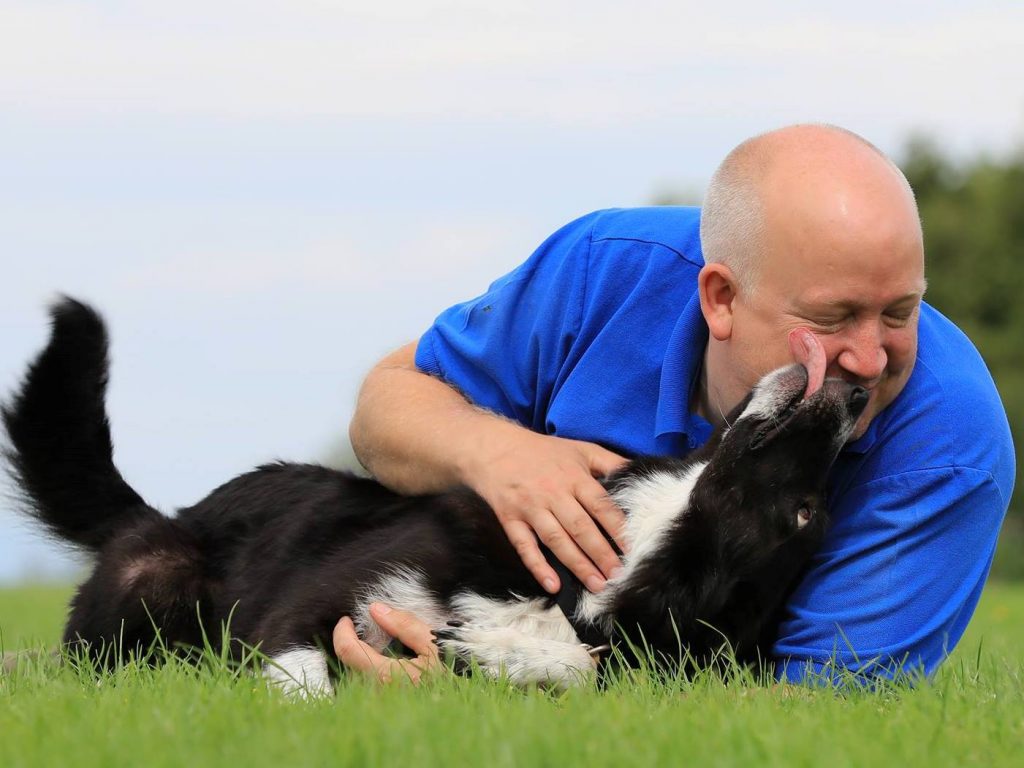 As I reflected on why my dog would bite me seemingly out of the blue, the evidence began to stack up; it always does! I had missed so many subtle signs that should have indicated to me that she was actually in pain – had I have known that, I certainly wouldn’t have been stroking her on her back or bothering her when she was resting!

As a Certified Dog Behaviour Consultant it’s my job to identify the cause or function of behaviour like this and, along with owners and vets, put interventions in place to stop or modify the problems – when you are looking, it is relatively easy to identify!

As a dog owner, it’s my job to identify changes in behaviour which may indicate that my dogs are stressed, uncomfortable or in pain. It’s really not that easy though when you are not specifically looking for it, hence me getting bitten! But, when you reflect, you will often be able to recognise a number of things that were indicative of a problem. My vet friends always tell me that owner reports of behavioural change are often the best indicator of pain or injury because dogs are normally so good at hiding it. 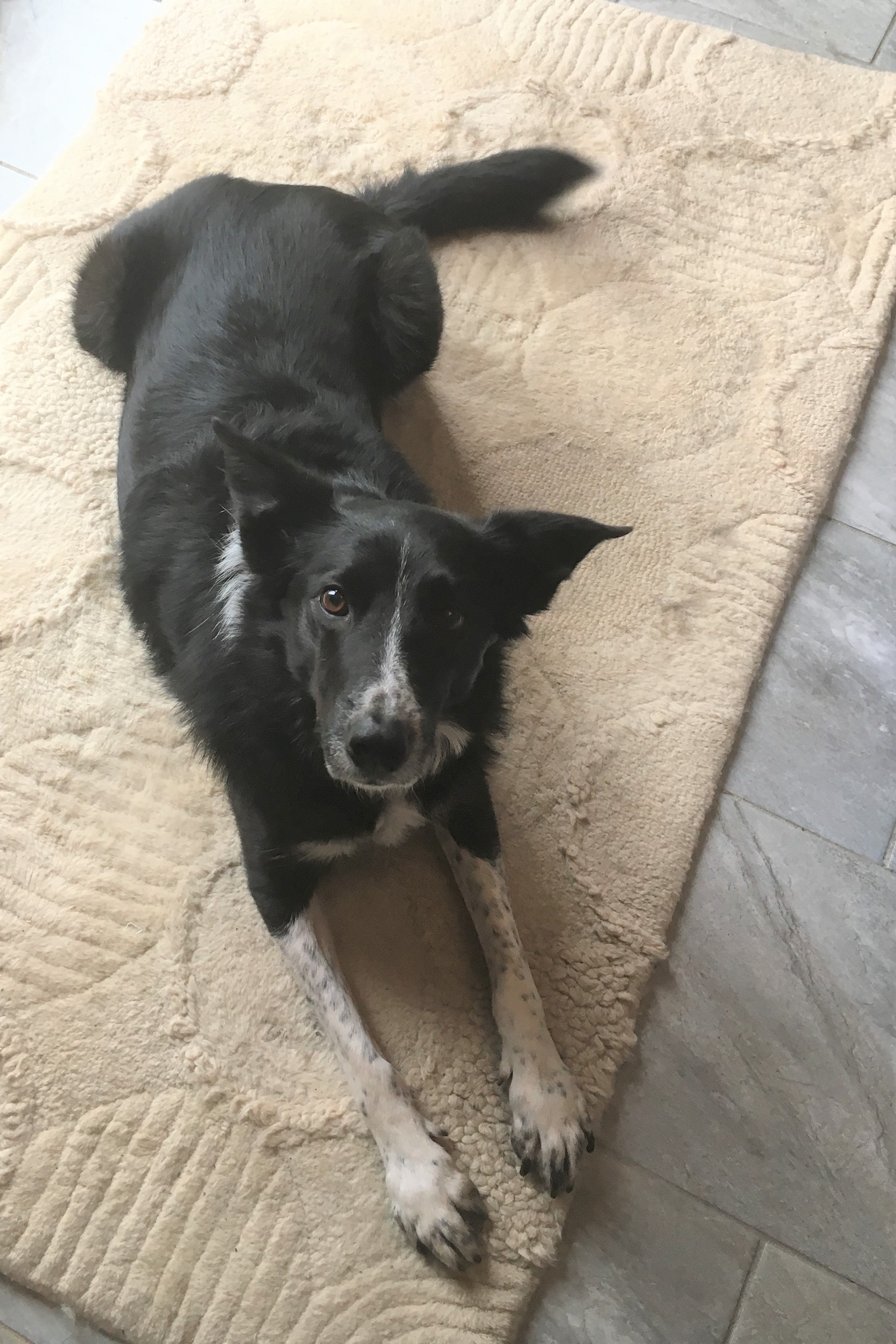 Earlier in the day Misty had been out playing Frisbee. She is so enthusiastic and will go for every disc – she loves it and so do we! After a while she normally lies down with the disc a few feet away which is her way of saying that we are having a break; a few moments later she is up and ready to go again. She was a little reluctant to give me the disc after only a few throws which is a little unlike her. First indication that something is not quite right as she knows that giving up the disc results in it being thrown. When we came home she lay down as normal and had a little nap. I went out and when I came back she carried on lying there tail wagging but didn’t come to greet me. Second indication that something is not quite right as she would always come to me to say hello. At the time I thought nothing of it and went over to her stroked her head and carried on doing what I was doing.

She also has a habit of going upstairs to steal the cats’ food when no one is watching her.  I can normally tell if she is up to no good – if all the doors are open and she is not following me around, then she is likely to be sneaking upstairs really quietly so we that can’t hear her – if I catch her halfway up the stairs she will come back when I call her but once she has her head in the cats’ food bowls she will normally finish it. I thought to myself she was being very quiet so I went to see what she was up to and there she was standing at the bottom of the stairs making no effort to go up. Third indication, it was like she was contemplating the difficult task of getting upstairs – she is normally like a ballet dancer; light footed and swift.  I just thought at the time that I had caught her early, but on reflection that just never happens!

The last and more obvious indicator that evening was that she was relaxing on the living room rug instead of jumping up beside me on the couch.  She did get up and come over to me three times and, after a quick stroke on her chest, went back to the rug.  Eventually when she came to get up on the couch, she put her front two paws up and then took an inordinately long time to make the final hop up to settle down beside me.  At the time I thought she was standing in that position because she wanted her chest scratched, but again on reflection, it was like she was psyching herself up to make the painful jump.

So it turns out she had muscular pain in her back.  Some pain relief with rest and a few days later she is back to her normal self – stealing the cats’ food, chasing her Frisbee and loving life. 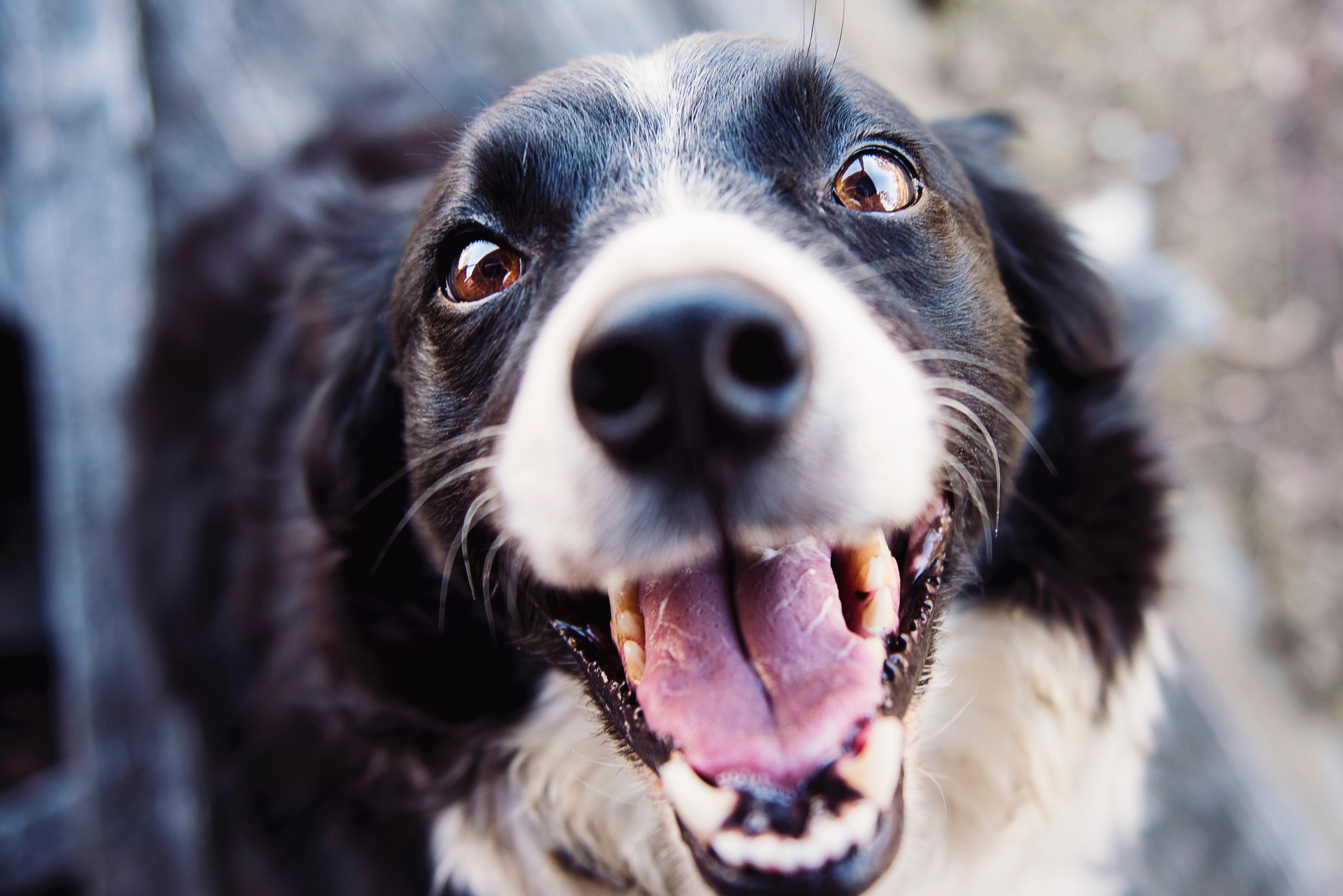 The subtle changes in behaviour that Misty exhibited were not that obvious at the time but did add up on reflection – part of me feels guilty for not recognising that she was in pain, but I do know how difficult that is when dogs are hardwired to hide it. Behaviour can tell us so much about an animal’s emotional and physical state. The function of Misty’s behaviour was to tell me she was uncomfortable and to stop touching her. Her inhibited bite would be similar to me saying “get off – that hurts”. I didn’t fight back, shout or feel the need to punish her in any way. I respected what she was saying and left her alone.

She has never bitten me before and I don’t worry that she will again but I will look for changes in her behaviour that may be indicative of pain or discomfort; dogs rarely bite out of the blue and there are normally plenty of warning signs – the trick though is recognising them!

Has your dog ever bitten you?

We exist to empower both ends of the lead so check out our behaviour and training advice.  Building relationships and improving lives.